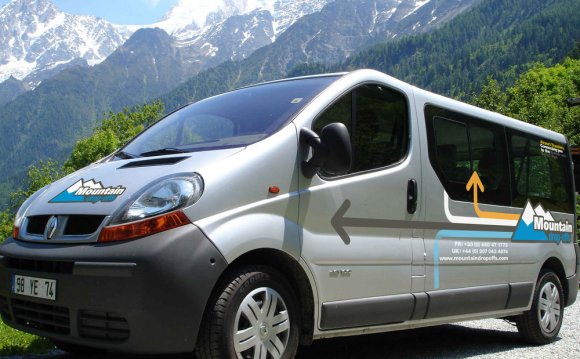 Passengers on flights to or from France do not have to go through Swiss customs and immigration controls if they remain in the French sector of the airport. The freight operations are also accessible from both countries, making Geneva a European Union freight hub although Switzerland is not a member of the EU.

Chamonix is located 80 km southeast of Geneva, Switzerland, and driving time from Geneva Airport (GVA) to Chamonix is about one hour via the Autoroute Blanche (A40) motorway.

Geneva Airport has a dedicated railway station with trains to the central Geneva-Cornavin station and other cities in Switzerland. Geneva Airport Railway station is accessed from the Arrivals level, exiting the Terminal and immediately entering the Station, then down one level by escalator or elevator. View the map of the terminal to see the location of the station within the airport.

There are local buses that stop at the airport (Geneva Public Transport). There are also buses to and from Chamonix.

Each week, over 50 airlines operate 1, 000s of commercial flights to and from the Geneva Airport. Direct services are available to over 70 European cities and to intercontinental destinations in India, Thailand, Australia, Brazil, the USA and Canada.