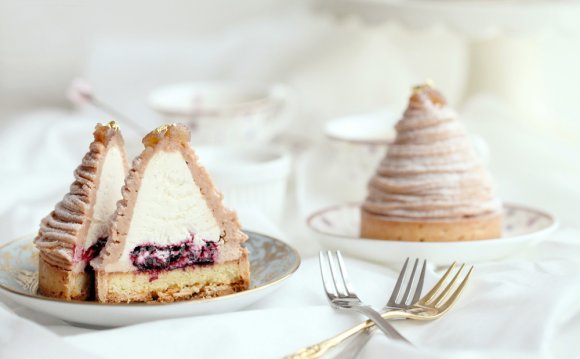 With the Italian-French diplomatic row over migrants still simmering, the Alpine neighbours have found something else to bicker about: who owns Mont Blanc – or Monte Bianco – Europe’s highest mountain?

Since the Italian Republic was formed 150 years ago, France has claimed that three of the principal peaks on the Mont Blanc massif, Dôme du Goûter, Punta Helbronner and the tallest, Mont Blanc itself at 4, 810m (15, 781ft), are in its territory. This has always been disputed by Italian mountaineers. And the row has flared up once again with a proprietorial appearance by Italian Prime Minister, Matteo Renzi, at one of the disputed points last week to mark the opening of a new €138m (£97.8m) Italian cable car, with suggestions that French officials had snubbed the event.

According to Google Maps, the three peaks are entirely in French territory, with the French-Italian border curving south at the summit. Thus the very top would form part of the French town of Haute-Savoie of Saint Gervais Les Bains, and not the Italian resort of Courmayeur.

Other sources vary on where the border lies on the Mont Blanc massif between Italy and France. Some textbooks list Monte Bianco di Courmayeur, a summit not far from Mont Blanc, as Italy’s highest point, and French and Swiss maps also show this to be the border.

But others insist that the border crosses Mont Blanc itself. Locals in Courmayeur recently stepped up claims that the summit is shared by both nations and that, as a result, 400, 000 square metres of Europe’s highest ground should be given back to them.

Upping the tensions, said La Stampa newspapers, were reports of a reverse offensive by the French. Italian mountain guides claim that at the nearby peak of Colle del Piccolo San Bernardo, French bulldozers have pushed the border stone 150m into Italian territory.

Laura and Giorgio Aliprandi, two leading Italian cartographers, said in the newsletter of the Italian Alpine Club that the summit was shared. They noted that two French experts, Sylvain Jouty and Hubert Oudier, in their 1999 Dictionnaire de la montagne, agreed with them, saying that “the border must logically be on summit”.

The new Skyway cable car has been built at a cost of £97.8m (Corbis)

“Based on these considerations, we can conclude that the summit of Mont Blanc is joint Italian-French and should be marked as such on official French maps, ” said Mr Aliprandi. “It’s a position that deserves full support since, as we have seen, even in France it enjoys the full support of the most-enlightened minds.”

Mr Renzi would no doubt agree. He referred to the border dispute during his visit to the new cable car that lifts sightseers 3, 462m up to the peak at Punta Helbronner. He referred to the project, which was constructed by 500 workers in temperatures as low as –30C, as “the eighth wonder of the world”.

“We haven’t invaded France, ” Mr Renzi said, both acknowledging the altercation and denying suggestions that Italy might have got ahead of itself by building the spectacular observation deck in the disputed zone. That did not stop a French journalist present at the inauguration from asking Mr Renzi what he thought about the conspicuous absence of French officials at the event.

“In recent days, either in Brussels or Milan, I’ve seen both President Hollande and the minister, Ségolène Royal. I told both of them I would be coming to the roof of Europe. We have good relations and I hope that they stay that way.”

But he couldn’t resist another comment on the symbolism of being nearly 4, 000m up on the Continent’s high point, at a time when Italy and the rest of Europe were bickering over borders and the fate of destitute migrants.

“The mountain helps to make the heart bigger, helps you to breathe and see the horizon and in Europe we need to take a bigger view, whether it’s for economic reforms or the migrant question, ” he added. “Today, at Punta Helbronner, we have seen the highest point of Europe, and I hope never to see its lowest point.”