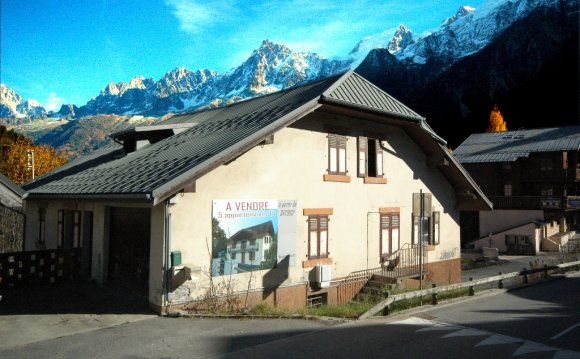 Chamonix-Mont-Blanc is the biggest and arguably the best ski area in Europe, and the superlatives don’t stop there. Situated at the foot of Mont Blanc, Europe’s highest peak, Chamonix boasts the world’s steepest lift-served skiable vertical drop—some 9, 200 feet—as well as one of the world’s longest runs, a nearly 14-mile course through the Vallée Blanche.

Just south of Lake Geneva (Lac Léman) and easy to reach, Chamonix has been a favorite European ski destination since the early 20th century. The first adventurer to schuss down the slopes here did so in 1893, and by 1907 the sport had become so popular in the Mont Blanc area that one of the world’s first cable car systems, Les Glaciers, was built to take skiers up.

The overall area now boasts some 90 miles of runs, catering to all levels of ability, divided among five ski areas scattered across the valley: Brévent, Flégère, Argentière, Les Houches and Le Tour. For skiers, Chamonix really does have it all—powder fields, glacier skiing, mogul slopes and endless gentle runs for beginners and children. It is also a year-round playground, enormously popular in the summer months for hiking, climbing, water rafting, mountain biking and much more.

Another huge plus for Chamonix is the easy accessibility. Chamonix is an hour’s drive from Geneva, its nearest airport, to which there are dozens of daily flights from major US and international cities. From Paris, there are direct flights and trains to Geneva, Aix-les-Bains and Annecy, all of which are less than an hour and a half from Chamonix. Chambéry Airport, near Aix-les-Bains, also has direct flights to Chamonix during the winter ski season.

Given all its advantages, it’s not surprising that demand for property in the Chamonix area is high. Ski buffs looking for a chalet are naturally drawn to the area because of its great skiing and guaranteed late snow, while investors are attracted by its excellent rental potential throughout the year. Some 60, 000 visitors flock to the Chamonix area in the winter months, 48 percent of them foreigners. The figure leaps to 100, 000 in the summer months, highlighting the appeal of rental investment.

As in most other sought-after areas of France, real-estate prices have not suffered any dramatic declines in recent years, and in fact most sections of the Chamonix Valley are now experiencing considerable price hikes. According to Richard Deans, sales consultant at the real estate agency MGM, “buyers are back, and prices have risen by six percent in a year.”